A couple who both received life saving organ transplants were married in 2016 after meeting at the British Transplant Games and falling in love. 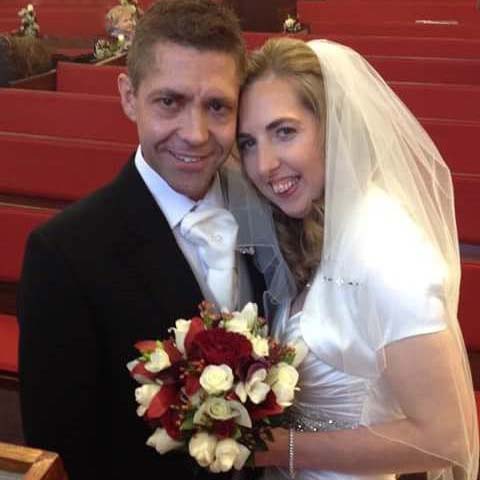 Wendy received a heart transplant in 2011 and in January 2013 she met Richard at the Transplant Games who had received a double lung transplant. Their relationship flourished and they were married in January 2016.  They shared a deep feeling of gratitude towards their donors and wanted to raise awareness.

From the moment they got engaged, they wanted organ donation awareness and the recognition of the gift they had both received to be a big part of the wedding. Organ donation cards were included in the favours and within the speeches to remember their donors and their families. Wendy explained ‘Our Hero’s were toasted in speeches, we needed to recognise the gift that had been given by our donors, as without them, we would not have survived, let alone met the love of our lives and got married’

When speaking about her feelings towards their organ donors Wendy explained:

“Our heroes made it happen, we owe it to them to raise that awareness and honour their memory by living as fit and healthy as we can. Out of terrible tragedy, there can be hope and by raising awareness we hope more lives can be saved”.