Simon waited on the UK Transplant Waiting List for eight years, before finally receiving a kidney transplant in August 2018.

Simon was born with renal dysplasia, a condition which left him with constant kidney problems.

An NHS doctor, he was forced to retire when a kidney he received from his mother began to fail.

After almost eight years on dialysis, Simon received a phone call out of the blue with the offer of a transplant. Just 24 hours later, he had received a new kidney.

Simon was filmed for NHS Blood and Transplant’s The Wait back in 2015. The film followed Simon and his family for 24 hours to show what a day in the life of someone waiting for a transplant is like. Simon was performing self-dialysis at home at least five times a week and was unable to live a normal life with his wife and two young children. 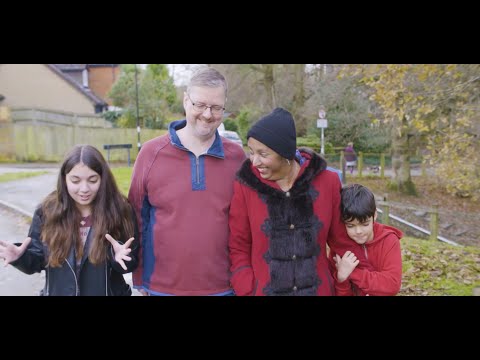 My transplant has given my children a father back... It's given me the chance to become the person I used to be again.

Every day across the UK, someone dies waiting for an organ transplant.

The law around organ donation in England has changed to help more people pass on more organs to save and improve more lives like Simon's.

You still have a choice if you want to be an organ donor when you die.

Whatever you decide, make sure you let your family and friends know.

Have you recorded your organ donation decision?