The NHS is launching a new campaign to urge families to talk about organ donation following research that less than half of adults in England have had the conversation.

The Leave Them Certain campaign aims to highlight the impact not knowing has on the families who are left behind and encourage people to talk about their decision.

It follows the law change last year in England, which means that all adults are seen as willing to donate their organs, unless they opt out or are in one of the excluded groups.

However, many don’t realise that families will still be approached before any donation goes ahead. Even though 80% of people are willing to donate their organs, only 39% say they have shared their decision (1). And while a huge 9 in 10 families support organ donation if they knew what their loved one wanted, this figure falls to around half (51%) when a decision is not known (2).

As part of the campaign, a new TV advert launched this week featuring the Kakkad family. Shivum’s father Bharat died from a cardiac arrest when he was 63 in May 2019, but the family had never spoken about organ donation. 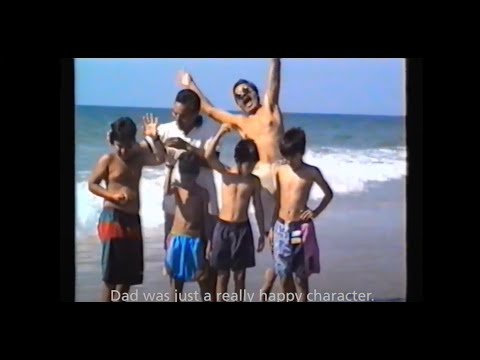 The advert features family footage and memories of Bharat but ends with another memory - when they asked Shivum if his father wanted to be an organ donor and he just didn’t know.

Significantly, Shivum and his family did agree to organ donation, but it was a decision that could have been made easier if they’d had the conversation.

Shivum said: “My father was a very giving person. He did charity work and was a strong believer in the Hindu act of Sewa, of service to God. When the specialist nurse approached us about organ donation, we made our decision.

“We knew that helping others in need was what my father would have wanted. But I wish we had spoken about it to know for certain and I would urge others to take the opportunity while they still can.”

Shivum hopes that by sharing their family’s story, they will encourage more families, particularly from Asian and other ethnic backgrounds, to support and talk about organ donation.

The numbers of donors are increasing, but more need to come forward as often the best transplant match will come from a donor of the same ethnicity. Bharat went on to help the lives of two other people. He donated a kidney to a woman in her 50s and a kidney to a man in his 60s.

Research shows that the biggest barrier to talking about organ donation is that it’s never come up in conversation with 34% of people stating this as their reason. 27% say they are worried it will upset their family or make them feel uncomfortable, 24% feel they don’t need to tell anyone their decision, 22% don’t want to talk about their own death, 22% say they haven’t got round to it yet and 16% have never thought about organ donation before (1).

One person who knows the importance of having the conversation is Lisa Turner, whose mum Pauline, became an organ donor not long before her 70th birthday, after suffering from a catastrophic bleed on the brain.

Lisa said: “As a family we have always talked about everything, but mum would never talk about death. She would shut down if the subject ever came up and would say she didn’t want anyone taking her bits. My dad, brother and sister were much more open.

“However when mum had to renew her driving licence she ticked the box to be added to the NHS Organ Donor Register but didn’t tell us. It was only when her donor card came though the post that she told everyone. We were all so shocked! She was so proud of herself but we still don’t know what changed her mind.

“If we’d found out mum was on the register after she died and she hadn’t told us, we would have thought it was a mistake and would have stopped the donation from going ahead.

“I think everyone should have that conversation with their family. It is a hard conversation, but death is life. I can’t express how important it is to talk about it.”

Pauline donated her lungs, kidneys and liver and was able to help four people.

Unlike Lisa’s family, most people still haven’t had the conversation, leaving them unsure what their loved one would have wanted.

Anthony Clarkson, Director of Organ and Tissue Donation and Transplantation for NHS Blood and Transplant, said: “People often tell us that they struggle to find the right time or words to talk about organ donation, unfortunately we see first-hand the impact not knowing has on families when the first time they consider their loved ones wishes around organ donation is when they are seriously ill or have already died.

“We want everyone to understand the law around organ donation, the choices available to them, and highlight the importance of sharing their decision. This is so families can be certain they knew what their loved one wanted.

“Talk to your friends, talk to your family. Even though the law has changed, you can still sign up to the NHS Organ Donor Register to provide your family with added reassurance. Please don’t wait. Have the conversation today.”

Tips for starting the conversation

The NHS has some produced some tips and guidance to help start the conversation:

“We know many people struggle to talk to their loved ones about what they want to happen in the event of their death, so it is important everybody understands what the change in the law around organ donation means for them and feels confident discussing it.

“When it comes to organ donation, these conversations not only provide certainty to families, but ultimately help to save lives.”

Find out more by visiting our dedicated pages on how to discuss your decision.

Talk to your loved ones about organ donation

Find out why it's important, whatever you decide.