The number of children receiving a heart transplant more than doubled during the first six months of the global pandemic, according to figures released by NHS Blood and Transplant today (Tuesday 29 September) to mark World Heart Day.

Families are being encouraged to talk about organ donation and share their decisions to help save more lives, particularly children waiting for a heart transplant who are often relying on a young donor. Sadly many die before a match is found for them.

There are believed to be a number of factors behind the increase in heart transplants, including the fact that heart transplant operations continued for the most urgent patients during the peak of the pandemic, high consent rates amongst families during COVID-19 - almost 75% of families approached about organ donation said yes in March (an increase on the average consent rates of around 68%), and the fact that a handful of older children received hearts from young adult donors who were able to donate after circulatory death (DCD) thanks to a new UK wide pilot scheme (2).

Grayson Heagran, aged two, had been waiting for a heart transplant since Christmas Eve 2018. The toddler had been in hospital since November and his family were losing hope when his call came over the summer.

Mum, Shannon, aged 26, from Peterborough, said: “He was doing alright, he’s always been happy and smiley no matter what. But he needed a Berlin Heart fitting in January to keep him stable and was having a few hiccups.

“I was starting to feel like his transplant was never going to happen and the night before I was having a moment where I had had enough, Grayson had only spent a total of about 90 days of his life out of hospital at this point and I had three children back home who were going through a lot too.

“When I got the call it was just overwhelming, I couldn’t take it in and I knew someone else had just lost their child – it was emotional.

“Everything went fine with the transplant and Grayson is doing so well. A couple weeks later he was home and it is still surreal to have him here and not having to keep going into hospital. 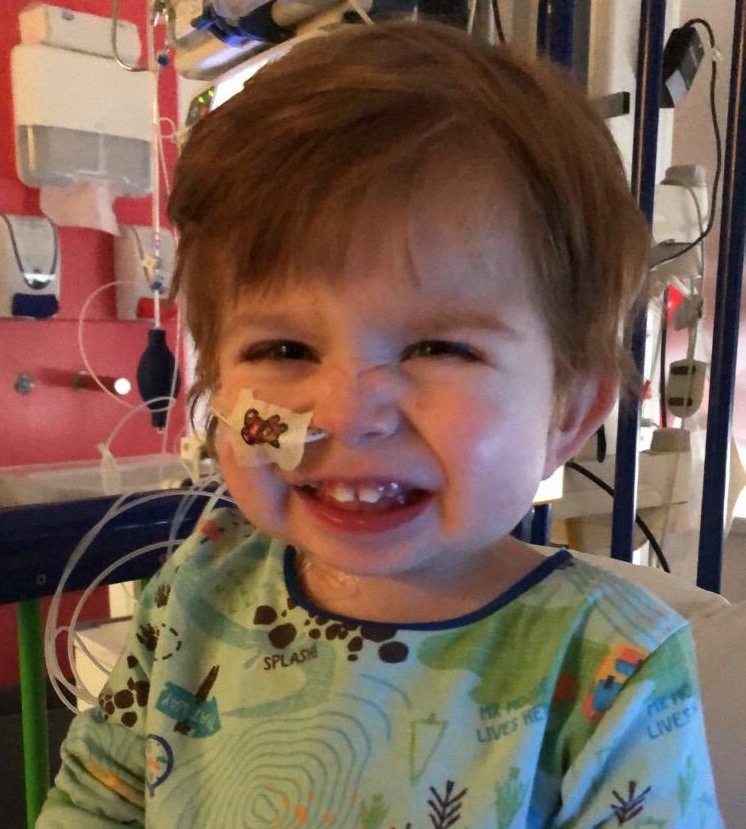 “Grayson has so much energy now, he does not stop! He is into everything and wants to go everywhere, he loves playing with his brothers and sister who hadn’t seen him since Christmas.

“I can’t thank Grayson’s donor family enough, I can’t put it into words – they have saved Grayson’s life and if it wasn’t for them, I could be in their position.

“When you pass away your organs are going to be buried or cremated, don’t waste them if you can give someone at chance at life and gain something positive from something so sad.

“I just want a normal life for Grayson now, I want him to go to nursery and he should be doing all the things other children his age are. A family has given him a life and we want to make the most of it.”

Freya Heddington, aged 13, from Bristol, started complaining of shortness of breath and feeling faint last year. She was diagnosed with the heart condition restricted cardiomyopathy and early this year Freya was placed on the urgent waiting list for a heart transplant. 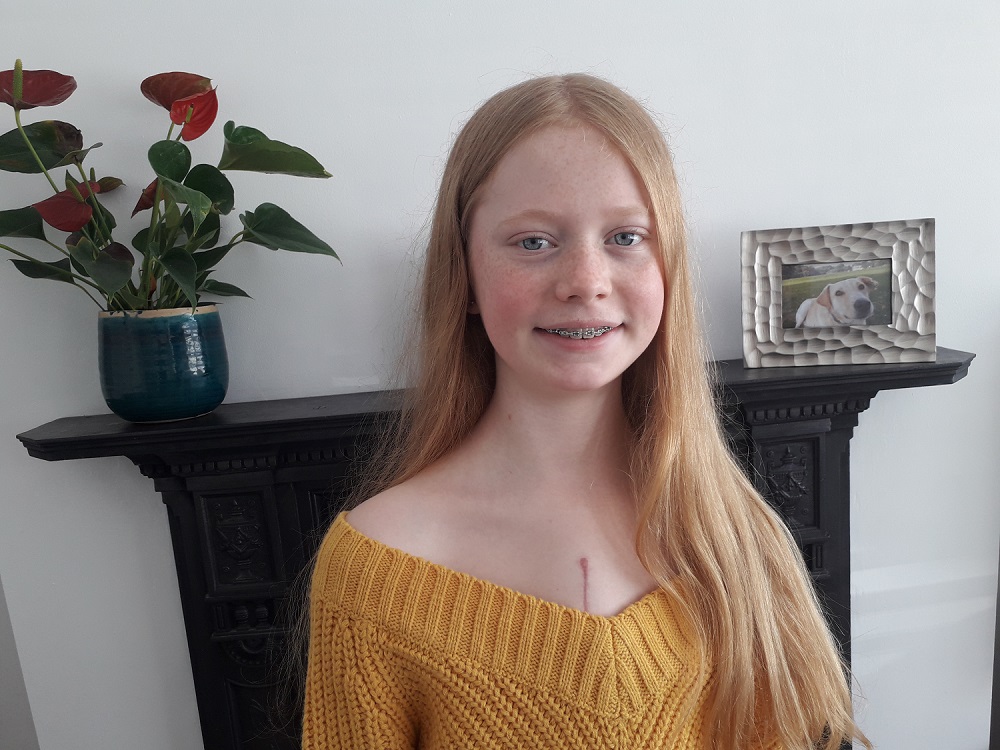 During the pandemic she received her call. Ten days later Freya was home and has recovered well, recently returning to school. She says: “I started getting breathless and fainting. It was getting worse and worse and I felt weak.

“The doctors said it was my heart and I couldn’t really take it in and understand it. I was carrying on as normal, but things felt difficult.

“When they said I needed a transplant I was worried about the operation, it’s a big operation.

“Once I was on the waiting list I thought about it every day, the call could come today.

“I was nervous when I got my call but straight afterwards, I noticed I could breathe, and I’ve recovered well.

“I can do more, I don’t get tired. Before I would struggle to walk to school, I couldn’t horse ride for long, all that has changed.

“It must have been a hard decision to donate so I am so thankful to my donor.

“People need to donate their organs; other people need them to live.” 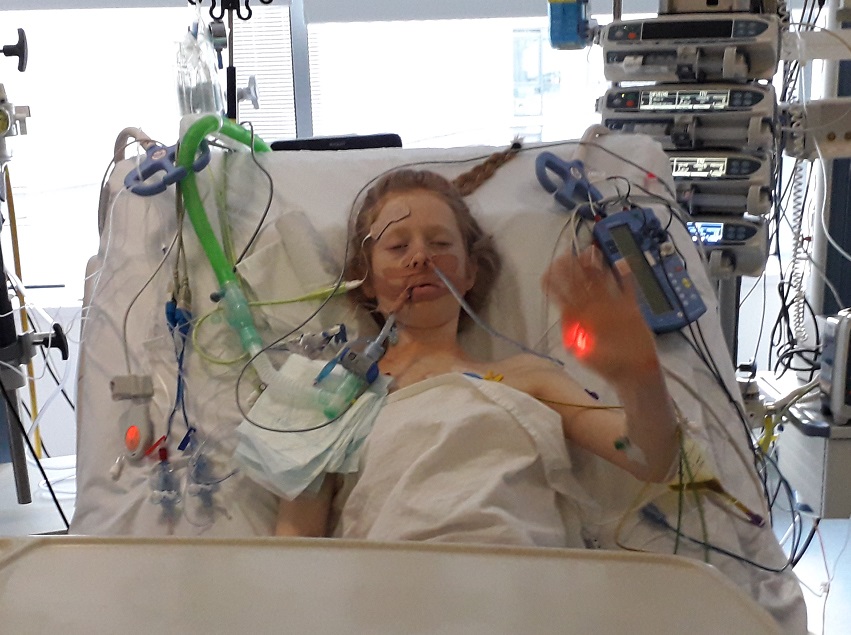 Dad, Jason, says “Freya was pretty asymptomatic, so the diagnosis was not what we expected. When the doctors started talking about a transplant things got really scary.

“Within weeks she was on the list, with COVID we worried she might not get her transplant, but Freya took it all in her stride.

“Getting the call was a massive shock as we thought we’d been waiting a year or two.

“You can see the difference in her, she is more active, and she’s gone from struggling to walk up the hill to school, to running up it.

“We’re very grateful to receive this heart, we know someone lost their life and we’re always thinking of them. Their heart continues to live and beat and give someone else life.

“People need to have the conversation with their loved ones even though it’s tough. People die waiting for a transplant because people die and their family don’t know what they wanted and say no.”

Dozens of children are still on the waiting list and face waiting two and a half times longer than adults when they are in urgent need of a transplant (3). There are currently 333 patients in the UK waiting for a heart transplant and more than 10%, (37) are children (4). It is particularly difficult to find a donor for children and babies in need of a heart. The size of the heart is important, meaning particularly for small babies, they need a heart from another child. (5).

For many children waiting for a heart, a young donor is their only hope. For some the call never comes, in the last year, seven children in need of a heart died before an organ could become available for them. In the last five years, 39 children – similar to the number of children who currently need a heart transplant (37 at 17 September 2020), have died before a donor heart has become available (6).

John Forsythe, Medical Director for Organ Donation and Transplantation at NHS Blood and Transplant, said: “It has been great to see heart transplants continuing during this pandemic and incredible that lots more children have received a heart compared to the same period last year.

“However, the waiting list remains stable and we particularly need more young donors to help those children waiting. They are often relying on another child to save their life.

“During the pandemic we have seen incredible family support for organ donation and life-saving transplants. This is testament to the strong foundation of altruism in the UK and we hope to see this continue, particularly with the change in the law in England, and change in Scotland in 2021, around organ donation.

“We need every family to talk about organ donation, for all members of the family, whatever their age, and make their decision known.”

From May 2020 all adults in England are considered to have consented to be an organ donor when they die unless they had recorded a decision not to donate or are in one of the excluded groups. Adults covered by the change will still have a choice whether they want to be an organ donor and their families will still be involved before organ donation goes ahead.

Although under 18s are not covered by the law change, it is hoped it will prompt more conversations among parents and families and increase the number of young donors to help save the lives of more young patients waiting for a transplant.

Julie Ward, senior cardiac nurse at the British Heart Foundation said: “This World Heart Day is an opportunity to highlight how important it is that we make our wishes on organ donation known. Opt-out systems, meaning everyone over the age of 18 is a presumed donor, are now passed into law in England and Wales and in Scotland it will come in next year, while it has been announced that a consultation will be held in Northern Ireland. Such laws offer hope for all those who are currently waiting for heart, or heart and lung transplants.

“But to really make it the success it needs to be, we must talk to our loved ones about what we want to happen to our organs when we die. This can be a tough conversation to have, but World Heart Day is the perfect opportunity to make your wishes known – it could ultimately be the difference between life and death.”

You can register your organ donation decision today. Please make sure you share your decision with your family.

Connor's mum wanted his heart to go on beating. His family's difficult decision saved the life of another young man.