Gemma, had the conversation with her sons

Gemma Hackett, 32, may need a kidney transplant. She shares how she spoke to her sons about organ donation.

It's quite exciting explaining how you can help other people. It's like you will have a legacy when you’re gone and you’re giving someone else the gift of life.

Gemma, who has stage 4 chronic kidney disease and may need a kidney transplant in the future, shared a Facebook post with NHS Blood and Transplant, which said: “The boys and I have talked about organ donation before but today we’ve made it official.

“It wasn’t a particularly fun conversation and not something I really enjoy thinking about as a mother, but I try to be as open and honest with my children as I can and ultimately let them make their own choices.

“Both boys had lots of questions but they both agreed the thought of helping other children was a noble thing to do.

“Jacob, 7, is happy he can die ‘like a superhero’ saving other people lives and Zach, 11, is very matter of fact has said he 'won’t be needing them so he doesn’t mind giving them to people who do'.

“That is what makes this tough decision worthwhile. Organ donation isn’t for everyone and that’s perfectly ok too but right now I couldn’t be prouder.”

Being open and honest 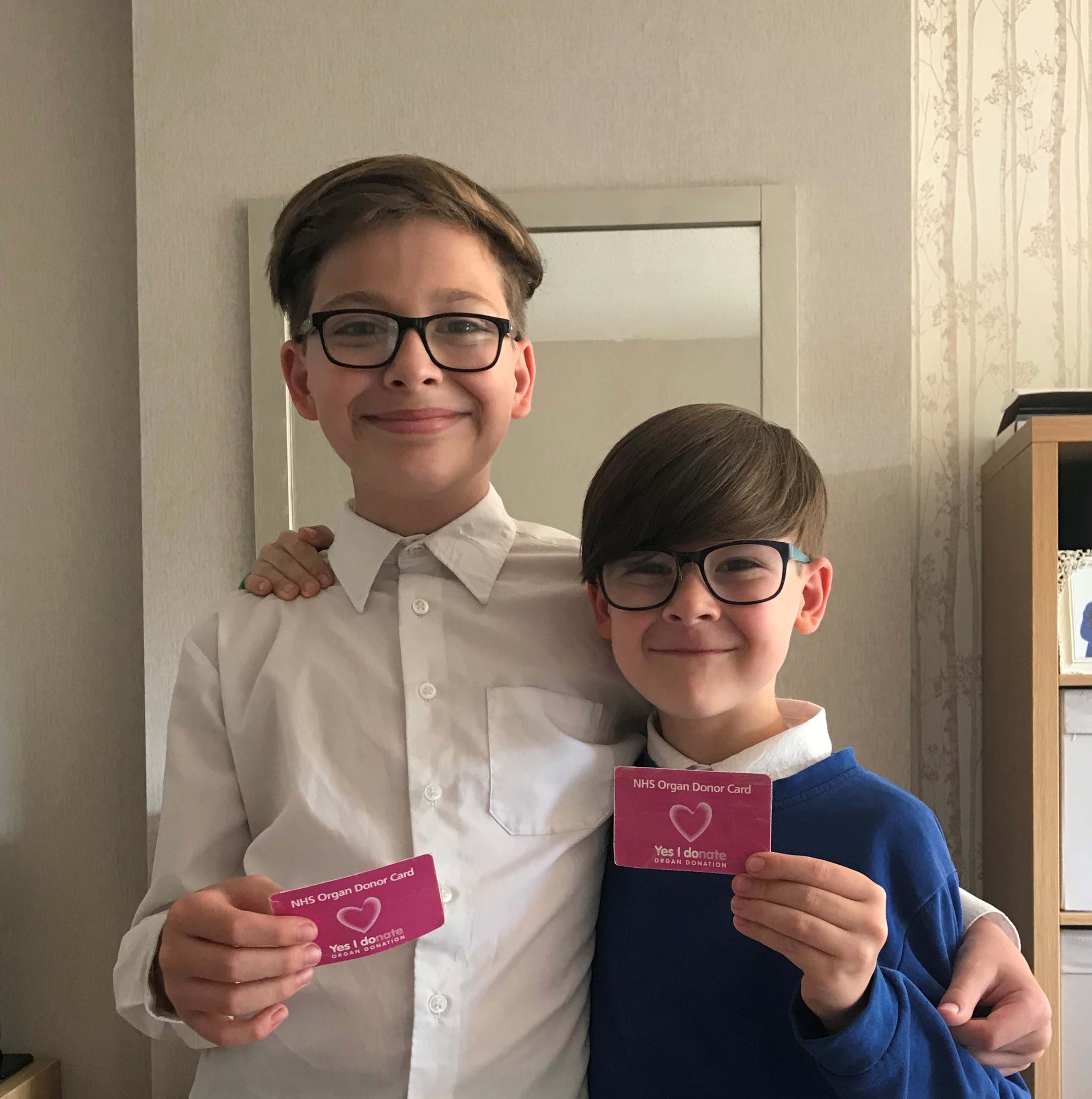 Gemma, from the West Midlands, spoke to Jacob and Zach after her health deteriorated during pregnancy with her third son Teddy.

She said: “I was diagnosed at 15 with chronic kidney disease mainly from scarring caused by recurring water infections as a child.

“During my last pregnancy my kidney function declined quite badly.

“My health is stable for now but there is the possibility that I might need a transplant one day and I have always been open and honest with my children about that.

“They were curious about it all and asked questions about becoming donors like 'will I definitely be dead when they take them?’.

“They also asked how their organs would help others and were amazed that they could even donate their eyes and could help people to see.”

It doesn't need to be a difficult conversation

“It's quite exciting explaining how you can help other people. It's like you will have a legacy when you’re gone and you’re giving someone else the gift of life.

“I just explained that there are lots of people that would need help at some point.”