Katie, received a kidney from a stranger

Katie Ledger from Worcester spent eight years on dialysis until her life was changed by a kidney donated by a stranger. 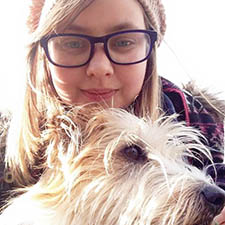 She was 27 when she had the operation which ultimately saved her life. Her donor an anonymous stranger who decided to donate their kidney to whoever turned out to be the best match.

Katie was diagnosed with renal failure aged 19 after blood tests following back pain and nose bleeds.

Katie, a regulatory research officer for oncology trials, said: “I wanted to be a paramedic so I had to change my whole life plan.

“I had to clock watch every day - my day to day plans revolved around dialysis."

"I watched friends move on with their life. I never told anyone about my dialysis or that I had end stage renal failure until I was discharged from having the transplant - I put it as a status on Facebook.

“I didn't want any pity or special treatment, I remained defiant that I didn't need a transplant for years. I didn't want to lose that feeling of normality at work or out with friends.”

Katie’s typical day on dialysis would involve four fluid exchanges starting at 6.30am, and sometimes finishing as late at 1am, with a day’s work in the middle.

She said “By the time of my transplant, I had been on dialysis for eight years. I was tired, depressed with feeling so unwell and with having no freedom. I felt dizzy and sick, and I had headaches.” Katie said:

“I thank my donor every day for my gift of life. It's my goal to not waste the gift of life I was given."

"I think it is really important to raise awareness amongst young adults, so that they have the knowledge to pass on to their relatives and children.”