Carl was inspired to donate his kidney to a stranger. 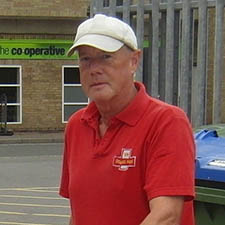 Carl, a postman from Oxford, became a donor after seeing a friend’s life saved by a transplant following years of gruelling treatment and poor health.

“It completely transformed her life and that of her young family, and I thought, ‘I can do it for someone, why shouldn’t I do it?’

“I live on my own and my two children are grown up. I don’t have the commitments I did years ago. I could cross the road and get knocked down by a bus.

“So I felt I was at a time in my life when I could look to help other people.”

If I had a third kidney I would happily do it again.

“I was proud to get the call, and it was emotional because I thought the recipient will be getting their call at the same point.”

Three weeks after surgery Carl was going on gentle jogs, was back in work on light duties after four weeks and close to fully recovered after six weeks.

He had a letter from the recipient of his kidney expressing their thanks. Carl describes donating as "a life affirming experience".

Across the UK, more than 1,000 people each year donate a kidney or part of their liver while they are still alive to a relative, friend or someone they do not know.

Find out what you can donate