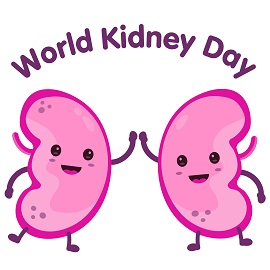 With kidney transplants dropping a third during the pandemic, it’s more important than ever to consider living kidney donation.

More than 4,600 people, including nearly 100 children, are waiting for a kidney transplant, and this figure is expected to rise.*

As a result of the COVID-19 pandemic around 1,100 fewer patients received a kidney transplant in 2020/21, compared to the year before. In living donor transplantation, 422 patients benefitted instead of the usual 1,000 and there were 500 fewer deceased donor transplants**.

Sadly, the thousands of people waiting for a kidney transplant may end up waiting longer for a deceased or living kidney donor as they’ve been unable to have a transplant for most of the pandemic and the waiting list has increased.

Living donor transplantation opens up opportunities for patients waiting for a kidney transplant by minimising the time people need to rely on dialysis and by offering patients who wait the longest the chance of a successful transplant.

The patients waiting the longest are often those who are the most difficult to 'match' (due to higher levels of antibodies which could cause their body to reject a transplanted organ) or those from a Black, Asian or minority ethnic background.

I have been told that a living donor from the same ethnicity as me would be the best possible match.

Alisha Gokani, from Kent, has been told her best chance of a transplant is a living donor from an Indian background. 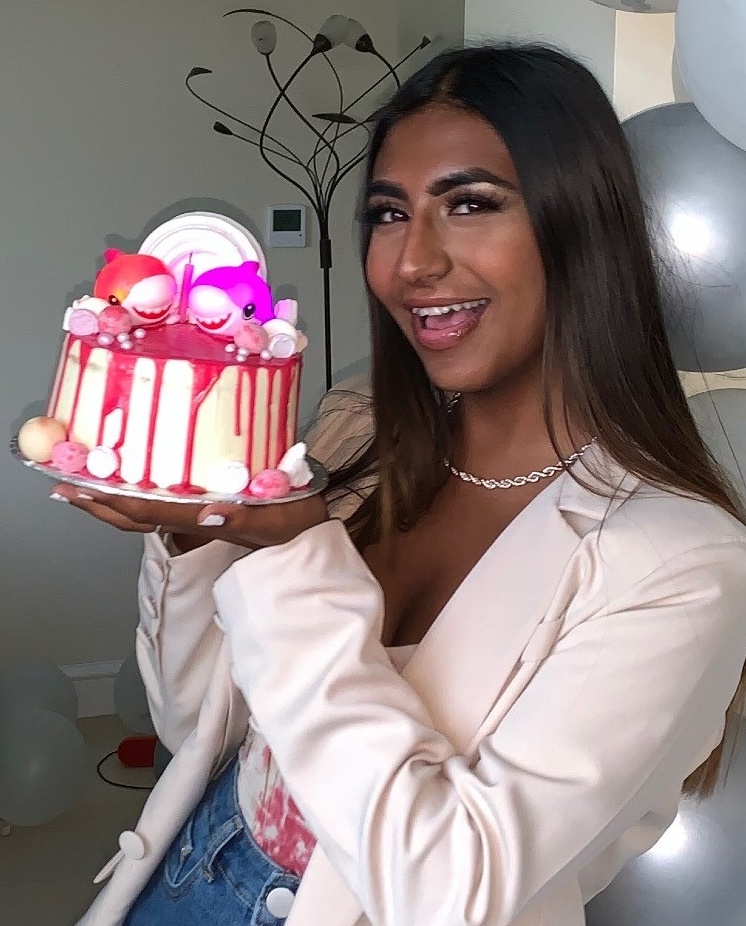 The 23-year-old student says: “At just seven years old I was told I had a rare condition which meant that my kidneys would fail before I reached my teenage years.

"When the time came that I began to get seriously ill my mum was kind enough to donate one of her kidneys without a second thought.

“However, it wasn’t as easy as we thought, and even with treatments and attempts at preventions, I kept getting infections and eventually rejected this kidney at age 19.

"Since then, I have been on dialysis. As a young adult attempting to get a degree, this hasn’t been the easiest. I’ve had to completely rearrange my life, taking time away from university initially, but thankfully I was able to return.

“Every day is a struggle as I’m faced with complete exhaustion from having treatment four times a week alongside full-time education.

"As I have had a transplant before my body has created a lot of antibodies which provides extra challenges so I could be waiting a very long time. If a live donor came forward my antibodies can be removed to match the donors just before surgery, everything could be planned and controlled for the best possible outcome.

“Waiting for a kidney and being on dialysis during the pandemic has also thrown in extra complications making life waiting for a transplant so much harder.

"Can I please ask people to discuss their organ donation decision with their family? That could be by joining the register to donate their organs after they die or maybe looking to see if living donation is something they could consider.

"Living donation is a big ask and something that shouldn’t be taken lightly, but I am kindly asking people to read more about organ donation, talk to their family and discuss their decision.”

People can donate a kidney in life to a particular individual (a relative, friend or someone they know who is in need of a transplant) or choose to donate anonymously where their kidney will either go to a high priority patient on the transplant list or create a chain of transplants via the UK living kidney sharing scheme.

I’ve called my remaining kidney Kevin, because he is home alone!

35-year-old Azeem Ahmad from Newcastle became a living kidney donor for someone he didn’t know in 2019.

Mental health consultant Azeem is also a blood donor and has donated his stem cells. 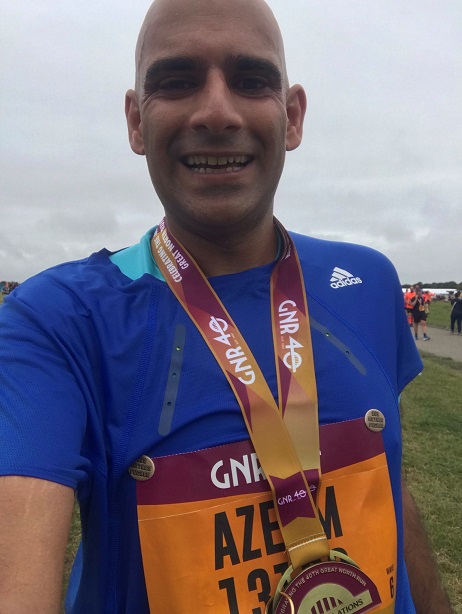 “I first really became aware of organ donation in 2017 when Andy Cole the former footballer needed a kidney" says Azeem.

"I think I had that in the back of my mind for some time. When the footballer Neville Southall did a ‘twitter takeover’ for the family of a young girl who needed a kidney, I thought that I should see if I could be a match and so I got in touch.

“The specialists really helped me understand about all the different options available to me and the more I knew, the more I decided it was the right thing for me to do.

"I was eventually matched with a number of potential people needing a kidney and in 2019 I was asked if I would donate to a person who was the best match for me.

“I have to admit, I was really worried on the day of the operation. I knew that I could still change my mind but I’m so pleased that I went through with the donation.

"I don’t think it is for everyone, but for me it was definitely the right thing to do. I had to take things slowly, initially I did get fatigued from time to time but I’m back to health and running again.

“Getting a card from the person who received my kidney was an amazing moment. I didn’t know myself, I didn’t realise how much it would affect me. It meant so much to me. It hit me really hard.

"I hope that my story will inspire others. I hope that by sharing my story that someone might read it and think ‘maybe I can do that!’”

Minister for Patient Safety and Primary Care, Maria Caulfield said: “This World Kidney Day it is vital communities talk openly about organ donation and the importance of making this life-saving choice.

“Choosing to donate an organ is an incredibly personal decision, so I want to commend Alisha for speaking up about her experience of waiting for a kidney transplant and Azeem, for sharing his powerful and selfless story about becoming a living kidney donor.

“We need more people from all communities, especially black, Asian and other ethnic minority backgrounds, to discuss organ donation, and make the life-saving choice to become a living kidney donor.”

Anthony Clarkson, Director of Organ and Tissue Donation and Transplantation, at NHS Blood and Transplant, says: “We know the pandemic is a very worrying time for kidney patients as thousands of people, including children, wait for a life-changing kidney transplant.

“We’re pleased that transplant activity is now recovering and we’re doing everything we can to enable as many transplants as possible to take place as quickly as possible.

“Sadly patients are facing a longer wait and more people need a kidney transplant, so it is more important than ever to consider living kidney donation.”

* The active waiting list as at 24 February 2022– 4,658 patients waiting for a kidney, including 98 children. This number is expected to rise. Official waiting list figures are currently artificially lower, due to the suspension of some patients from the waiting list due to the risks of being immuno-suppressed during the pandemic compared to the ability to continue managing their condition and not going ahead with a transplant at this time. We predict that once active waiting lists are fully restored, that we will see numbers in the region of 7,000 people in need of transplant across the UK, usually three-quarters of the patients waiting need a kidney transplant.

Kevin McAllister was the lead character in the 1991 American comedy film Home Alone.