Hundreds of thousands of viewers of Channel 5’s Bafta-nominated Operation Live watched in awe as Eugene McDanart received a life-transforming kidney from his father Daniel on Tuesday 9th April. 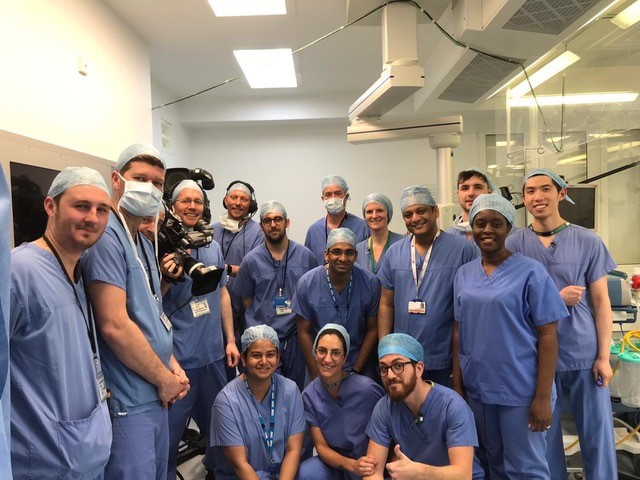 In advance of the operation, Consultant transplant surgeon Rajesh Sivaprakasam told the Evening Standard that he hoped the broadcast would demystify the surgery, educate viewers about the impact of kidney failure and increase organ donations.

Right now there are over 5,000 patients across the UK waiting for a life-transforming kidney transplant. 35% of them are from black, Asian or minority ethnic communities.

People from these communities have a higher incidence of conditions such as diabetes, making them more likely to need a kidney transplant. Organs are matched by blood group and tissue type and people from the same ethnic background are more likely to be a match.

Melissa Thermidor, Social Media Manager at NHS Blood and Transplant said: “It was great seeing such a positive reaction on social media during the broadcast of Eugene’s operation. On the evening of the programme, more than 250 people posted on twitter about #OperationLive and there were more than 400 visits to the living donation pages on our website. This demonstrates what a positive reaction the programme had, and we hope many people inspired by the programme will find out what’s involved in living kidney donation.”

Lisa Burnapp, Lead Nurse for Living Donation at NHS Blood and Transplant said: “I’d like to say a huge thank you to Eugene and his father for allowing Channel 5 to film such an important event in their lives and to the fantastic team at the Royal London Hospital and the film crew for highlighting the importance of living kidney donation in such a high-profile way.

“Living donation has been a major success story for the UK, with 1 in 3 patients receiving a kidney transplant from a living donor. People interested in becoming a living kidney donor to a family member, friend or stranger go through a rigorous assessment process and if you have been inspired to find out more I would encourage you to read and watch the resources available on our website.”

Find out about donating a kidney or part of your liver