This Organ Donation Week, talk about organ donation and register your decision

Almost 10,000 people in the UK are in need of a lifesaving transplant. 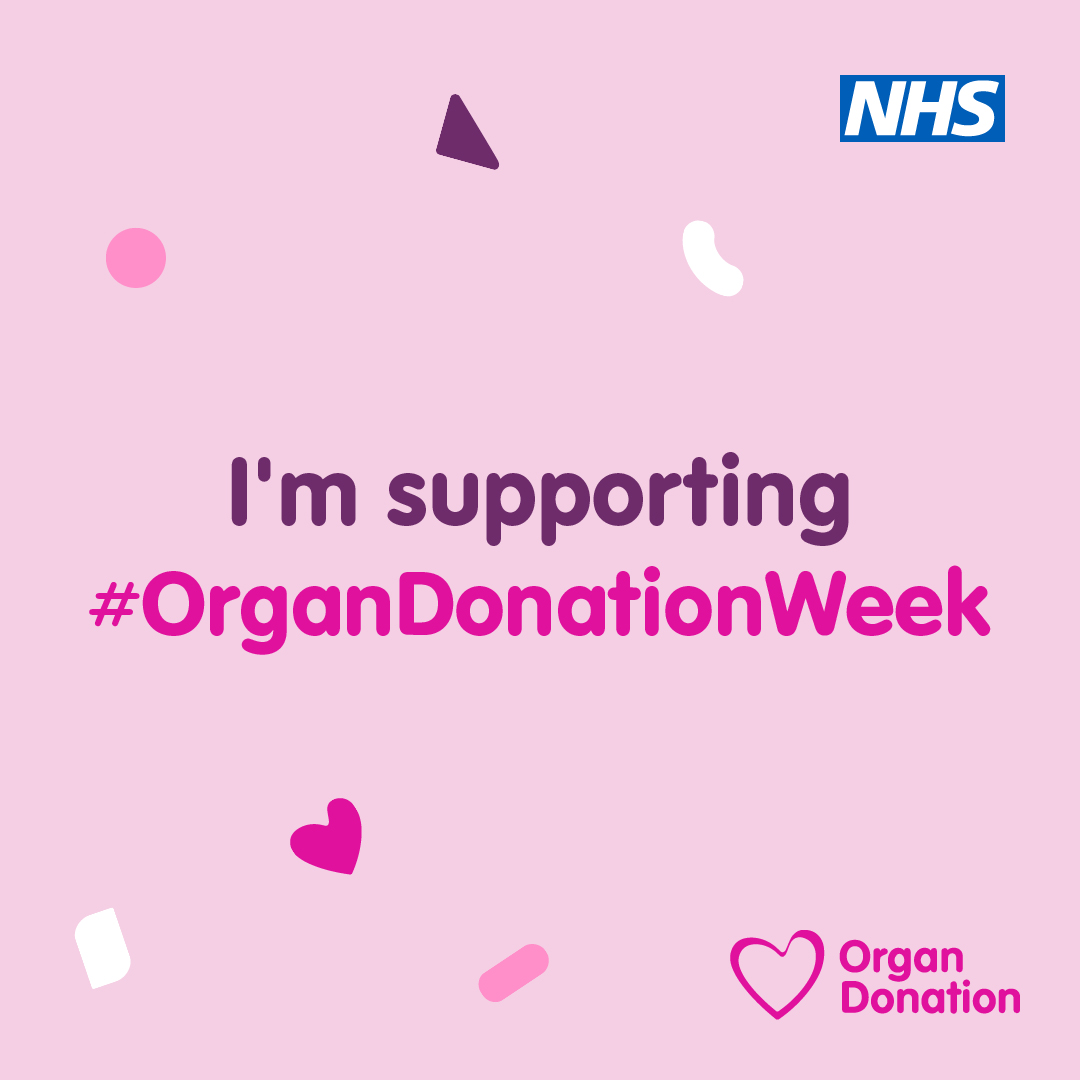 This Organ Donation Week (26 September - 2 October) NHS Blood and Transplant is urging people to register their donation decision and talk to their families about organ donation as almost 10,000 people in the UK are in need of a lifesaving transplant.

Last year 4,324 people waiting for an organ transplant had their lives saved by the generosity of the 1,397 deceased organ donors and their families who gave the gift of life. Over half of those had recorded their decision on the NHS Organ Donor Register. However, 6,500 people are still actively waiting for a transplant with a further 3,000 currently temporarily suspended [1].

Only around 1% of people who die in the UK every year are usually able to donate their organs after death. Donors are typically those who have died in a hospital intensive care unit or emergency department due to brain injuries, cardiac arrest or other trauma.

Last year (2021/22) 605 families declined to support organ donation, for reasons other than knowing that their relative didn’t wish to be a donor. With each donor giving an average of three organs, it is estimated that this could equate up to 1,815 missed opportunities for those waiting for a transplant. It is vital that everyone who wants to be a donor registers their decision on the NHS Organ Donor Register and talks it through with their families who will be expected to support their decision should the time come.

Families are far more likely to support donation when they already know it was what their relative wanted. More than 92% of families honoured their family member last year when the donor had either proactively registered their decision to donate on the NHS Organ Donor Register or spoken with their family.

Want to show your support this Organ Donation Week?

See how you can get involved

One person who is ever grateful for a family agreeing to organ donation is Mandy Whitworth from Durham.

I wondered if I’d live to see my two boys grow up.

Received a kidney and pancreas transplant 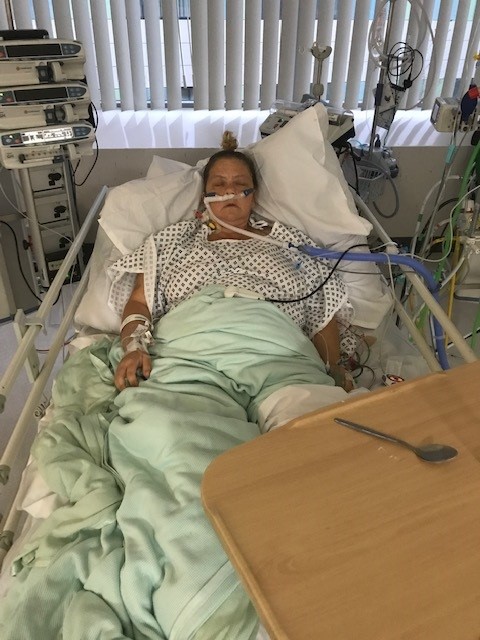 Mandy was diagnosed with Type 1 diabetes at just 11 years old. Since then, she has struggled to manage her condition and following the birth of her son her kidneys began to fail and she was told she needed a transplant.

“I was devastated,” said Mandy. “I wondered if I’d live to see my two boys grow up; what was awful was that my dad had died of kidney failure 12 months previously. I initially tried to find a live donor, but it didn’t work out.”

Eventually in March 2016 Mandy was put on the transplant list for a Simultaneous Pancreas Kidney transplant (SPK) and after one unsuccessful call, she continued to patiently wait for the next call. Despite trying to live life as best she could, she was sleeping up to 15 hours a day missing out on so much of her boys' growing up.

Mandy continued: “We were staying with my mum in Lincolnshire when I received a call from my transplant co-ordinator asking how soon I could get to Newcastle. We were packed and on our way in 30 minutes!

“I wasn’t told a great deal apart from that the donor was a 23-year-old - it’s all so easy to get excited to get the call but I also knew that someone, somewhere was grieving.

“I was in theatre for 10 hours and the next few weeks were far from easy, but my new kidney and pancreas were working beautifully and thankfully still are.”

On the one-year anniversary of Mandy receiving her transplant she wrote a letter to the family of the young man who had saved her life by donating his kidney and pancreas to her.

“It was the hardest letter emotionally I’ve ever had to write, I did it from my heart. When writing the letter how do you say thank you? It doesn’t seem enough. To show how grateful I am is to make sure that I look after these precious gifts.”

The recipient of that letter was Lozzie Jones. It was her son Jordan who gave Mandy a new lease of life.

I know he would have wanted to help others. 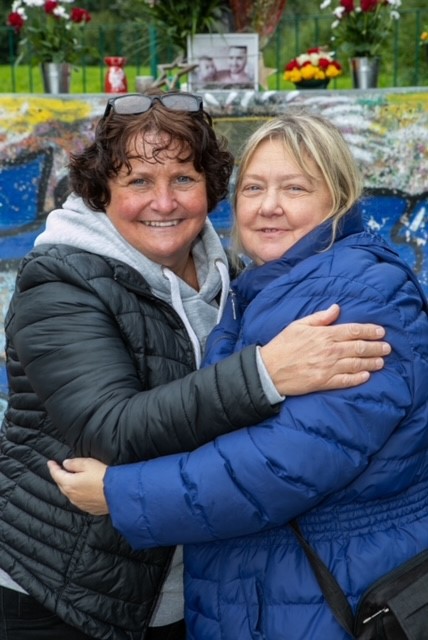 Jordan was just 23 and a dad to a two-year-old son, when he was on a skatepark on his bike and fell and suffered a massive head injury.

“It was two in the morning when I was woken by my phone. It was my sister, she told me that Jordan had been in an accident.

“Darren, my oldest son, had to give me the devastating news that they couldn't save my beautiful boy. As soon as I could I went to the hospital to be with my baby and instantly agreed to have Jord’s organs donated. I had been a donor for years and Jordan was so kind and caring, I know he would have wanted to help others. The following morning, I received a phone call to tell me that his organs had gone on to save five lives.

“Just over 12 months after his accident I received a letter off Mandy. I immediately wrote back, and we have been in regular contact since then. Three years to the day that my son gave Mandy life, we met up. It was so nice. I felt like I had known her forever. We have a unique bond that will never be broken. She is my family and I have so much love for her. I know Jordan was looking down on us with his big beaming smile.”

Thousands of patients and their families are waiting for the call

“Every day across the UK there are thousands of patients and their families, waiting for that all important life-saving call. Yet, this is often only possible as a result of another family receiving some of the hardest news they might ever have to hear.

“With the increase in the number of people waiting for transplants, it’s more important than ever to register your organ donation decision and make it known to your family and friends.

“We urge all family members of all ages to take a moment this Organ Donation Week to register and share your decision.”

This year, the UK will ‘go pink’ for Organ Donation Week. Councils, businesses, charities and famous landmarks up and down the country are turning their lights pink for the week to show their support for the thousands waiting for a transplant. The aim is to turn the country pink, to help people really see the support for organ donation around the country, and prompt people to have the conversation.

Statement from Minister of State for Health, Will Quince

“More than 30 million people have now registered their decision on the organ donation register. With thousands currently waiting for a transplant, this could save many lives.

“This organ donation week, we need you to register your decision and talk openly with your family and loved ones so that they are aware of your preferences.

“These selfless acts will ensure we can continue to save lives by helping those who need it most.”

Even though the law around organ donation has now changed to an ‘opt out’ system across England, Scotland and Wales, family members will still always be involved before organ donation goes ahead and will be expected to support their loves one’s decision. This means it is still just as important as ever to register your decision on the NHS Organ Donor Register and ensure your friends and family know what you want.

What is organ donation?

Find out what's involved, who you could help and what choices you can make.

Let's start with the basics

We've provided a selection of posters, social media, web and email graphics that you can share.