NHS and Blood and Transplant has identified the donor who saved or transformed the most lives ever through organ donation.

Jemima Layzell, who died aged 13 of a brain aneurysm, is the only recorded donor in the UK whose organs were transplanted into eight different people. (1)

Her family are speaking about her donation to promote the extraordinary power of organ donors like Jemima during Organ Donation Week, September 4 to 10.

Jemima, from Horton in Somerset, a pupil at Taunton School, died in March 2012 at Bristol Royal Hospital for Children.

Her unique status has only just been recognised after NHS Blood and Transplant checked historical donor records for Organ Donation Week 2017.

NHS Blood and Transplant has records of 35,707 deceased organ donors but no other donor has helped as many different people through solid organ donation. (2)

Up to nine people could be theoretically transplanted through an individual organ donation though NHS Blood and Transplant does not have records of anyone who has helped that many people through organ only donation. (3) Jemima is the only person whose organs were transplanted into eight different people. The typical donor enables 2.6 transplants. (4) 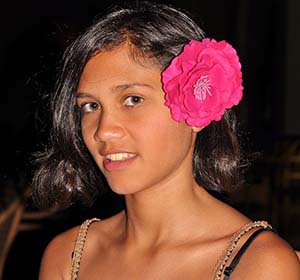 Mum Sophy Layzell, 43, a drama tutor, is married to dad Harvey Layzell, 49, the managing director of a building firm.

Sophy said: “We knew Jemima was willing to be a donor following a conversation about it a couple of weeks before her unexpected death.

“The conversation was prompted by the death of someone we knew in a crash. They were on the register but their organs couldn't be donated because of  the circumstances of their death.

“Jemima had never heard of organ donation before and found it a little bit unsettling but totally understood the importance of it.

“We found the decision hard but we both felt it was right and we knew she was in favour of donation.

“We had no idea Jemima was the only person who organs were transplanted into eight different people until NHS Blood and Transplant told us. Everyone wants their child to be special and unique and this among other things makes us very proud.

“Everyone wants their child to be special and unique and this among other things makes us very proud.

“Shortly after Jemima died, we watched a programme about children awaiting heart transplants and being fitted with Berlin Hearts in Great Ormond Street Hospital

“It affirmed for us that saying ‘no’ would have been denying eight other people the chance for life, especially over Jemima’s heart, which Harvey had felt uncomfortable about donating at the time.

“We feel it’s very important for families to talk about organ donation. Every parent’s instinct is to say no, as we are programmed to protect our child. It's only with prior knowledge of Jemima's agreement that we were able to say yes.

“Jemima was lovely - clever, funny, compassionate and creative – and we feel sure she would be very proud of her legacy.”

Sophy said: “Jemima’s motto, 'Live Love Laugh', runs strongly through her charity's ethos.  As a donor family it's incredible to think of the new branches Jemima's tree of life has grown.”

NHS Blood and Transplant is sharing Jemima’s story to help inspire more people to tell their families they want to donate because a deadly shortage of donated organs is costing hundreds of lives every year.

Last year, 457 people died waiting for a transplant, including 14 children. There are currently 6,414 people on the transplant waiting list including 176 children. (5)

“Hundreds of people are still dying unnecessarily waiting for a transplant because too many families say no to organ donation.

“Please tell your family you want to donate, and if you are unsure, ask yourself; if you needed transplant would you accept one? If so, shouldn’t you be prepared to donate?”

For additional information please contact Stephen Bailey on 0151 268 7017 or stephen.bailey@nhsbt.nhs.uk

Alternatively call the NHSBT Press Office on 01923 367 600 or email pressoffice@nhsbt.nhs.uk

(1)     A handful of other donors have donated eight organs. However in the other cases either several organs went into multi-organ transplants so that fewer than different eight people were helped in total, or some organs were donated but were later found not to be suitable for transplant.

UK Transplant Registry records for people who had donated very high numbers of organs were extracted by the NHSBT statistics team on July 20, 2017.