Father donates to his two-year-old son as part of project to increase living kidney donation among black, Asian and ethnic minority communities.

Lawrence Donaldson was supported through the process thanks to the Living Transplant Initiative, a pilot managed by the National BAME Transplant Alliance (NBTA) and funded by NHS Blood and Transplant. 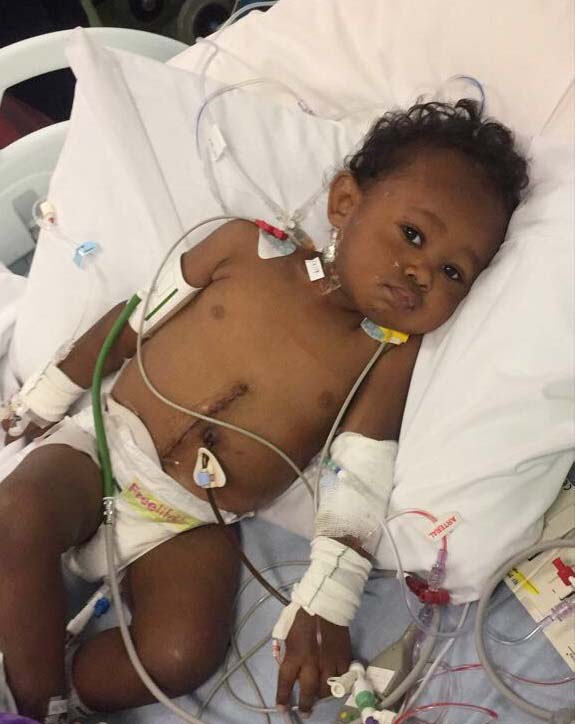 The project funds community and faith-based organisations to promote living kidney donation. In its first year it has supported Lawrence and two others to become living donors and 13 others to begin the assessment process. A further 150 people have expressed an interest in living donation.

The outcomes are significant given there were only 143 living kidney donors from black, Asian and ethnic minority backgrounds in the UK in 2016/17.

Lawrence’s son Mason was born with posterior urethral valves (PUV), a condition which affects the urethra. It damaged his kidneys so badly that he was forced to rely on dialysis from the age of just six months.

Lawrence, 26, was supported through the living donation process by the Afro-Caribbean Leukaemia Trust (ACLT), one of four organisations piloting the Living Transplant Initiative. Mason is now three and doing well after his transplant.

Pictured above, right: Mason a day after his transplant. 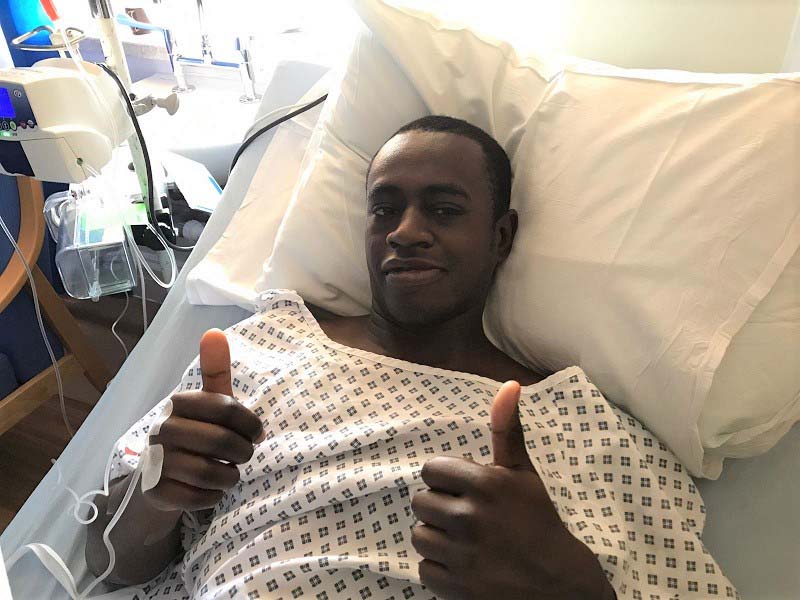 “Once I knew I was a match there was no doubt I would donate to Mason. But support is crucial when you are going through the living donor process and I can’t speak highly enough of the support I had through the project,” said Lawrence, who works in the Navy.

“Had I not been a match, Mason may have waited years for a transplant. In some ethnic minority communities there is a cultural belief that you can’t live well with one kidney, and a stigma around living donation. This must change so more people like Mason can get the transplant they desperately need.”

Pictured above, left: Lawrence a day after surgery. 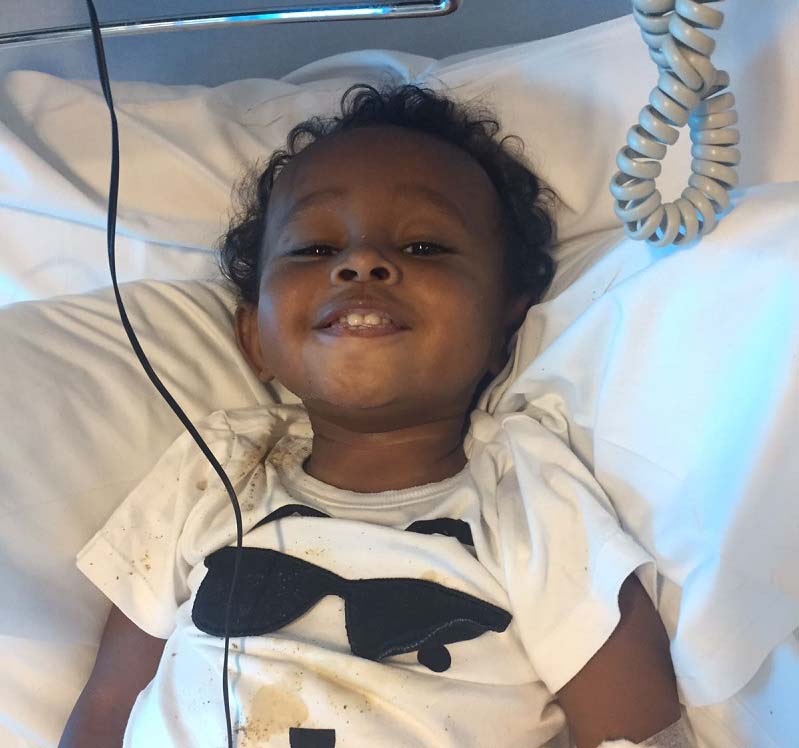 There is an urgent shortage of organs for transplant for people from all backgrounds but the problem is particularly acute for kidney patients from black, Asian and ethnic minority communities.

But black and Asian families are less likely to agree to deceased organ donation, which means black and Asian kidney patients rely disproportionately on living donations.

Kirit Modi, Chair of the NBTA Steering Group for the initiative, said: “I am delighted by the outcomes of the Living Transplant Initiative in the first year.

“It proves that targeted projects led by well-established BAME or faith-based community groups, with support from local hospitals and others, can break down barriers and be effective in increasing living kidney donations.

“Once the second year of the initiative is completed, we should consider using this new model of working to promote deceased and living organ donation among black, Asian and ethnic minority groups nationally.”

Most living donations are between family and friends. People can also choose to donate to a stranger, when their kidney is matched anonymously to a suitable person on the waiting list.

Donations to a stranger are especially important because they can start transplant chains, where more than one person benefits.

Lisa Burnapp, Lead Nurse for Living Donation at NHS Blood and Transplant, said: “The Living Transplant Initiative has created awareness within faith-based and minority ethnic communities and has inspired people to find out more about what is involved in becoming a living kidney donor.
“Having the conversation is the first important step. The next year offers a real opportunity to build on this success and to see more people volunteering to donate, either to a loved one or as an anonymous donor in the living kidney sharing schemes, so that as many patients as possible can benefit from a successful transplant.”

There were four projects in the first year led by groups within the Hindu, Jain, black and Sikh communities:

Swati Bhagat, 37, (pictured below with her mother Kanchan) donated a kidney in 2011 to her mother Kanchan Bhagat, who had renal disease. The healthcare worker from Watford spoke at a Living Transplant Initiative event held by BAPS at the Neasden Temple in London. 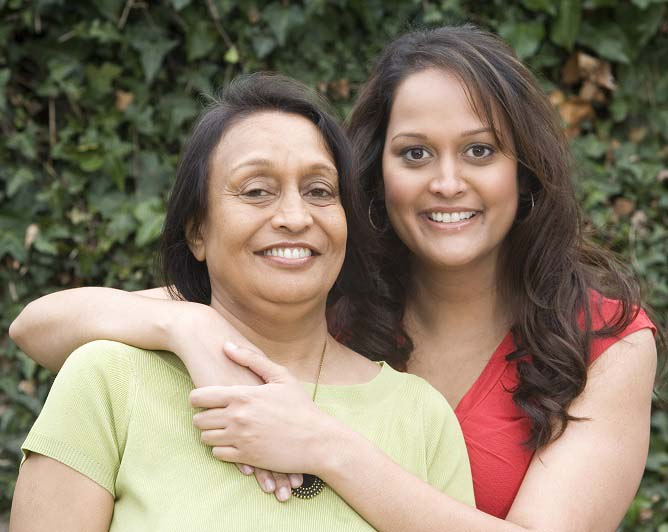 “Too often people consider living kidney donation only when a family member or a friend is in need of a transplant,” said Swati.

“The beauty of the Living Transplant Initiative is that it takes the message to communities outside of the hospital setting, to people who have never come across living donation before, let alone considered it.

“We need more people in our communities to step up and consider living donation and to break down the myths and perceived cultural taboos that surround it.”

Further information about the Living Transplant Initiative can be found at www.nbta-uk.org.uk

More information about living donation can be found at www.organdonation.nhs.uk/living-donation

The new leaflets and videos produced by the individual Living Transplant Initiative projects are available for use nationally via the NHS Blood and Transplant hub at www.nhsbt.nhs.uk/get-involved/promoting-donation-hub/

In 2016/17 a third of all patients on the kidney transplant waiting list were from a black, Asian or ethnic minority background. A transplant from a living kidney donor is the best chance of a successful transplant.
Organs are matched by blood group and tissue type, and people from the same ethnic background are more likely to be a match.

For information about the Living Transplant Initiative please contact:

The project leads for the four projects:

NHS Blood and Transplant (NHSBT) is a joint England and Wales Special Health Authority. Its remit includes the provision of a reliable, efficient supply of blood and associated services to the NHS in England. It is also the organ donor organisation for the whole of the UK and is responsible for matching and allocating donated organs.

Around 25 million people in the UK have already signed onto the NHS Organ Donor Register. These people have joined the Register to record their decision to donate organs and/or tissue after their death for transplantation. This information is used by authorised medical staff to establish whether a person wanted to donate.
It is quick and easy to join the NHS Organ Donor Register.