The moving stories of child organ transplant patients Ella Chadwick and Max Johnson, who featured on the Daily Mirror Pride of Britain awards on ITV, led a surge in organ donation registrations, with more than 5000 people committing to organ donation on the day of broadcast.

Our organ donation website also recorded the third highest number of visits from online searches in the past six months, with people keen to learn more about donation.

Ella, 11, was born with a rare kidney disease and has spent much of her young life in hospital, undergoing 40 operations, six years of dialysis and suffering several strokes.

She received a kidney transplant from her grandmother in 2014 and was presented with a Pride of Britain ‘Child of Courage’ award in recognition of her outstanding fundraising activities for the Manchester Children’s Hospital where she was treated, and her bravery in coping with her condition. 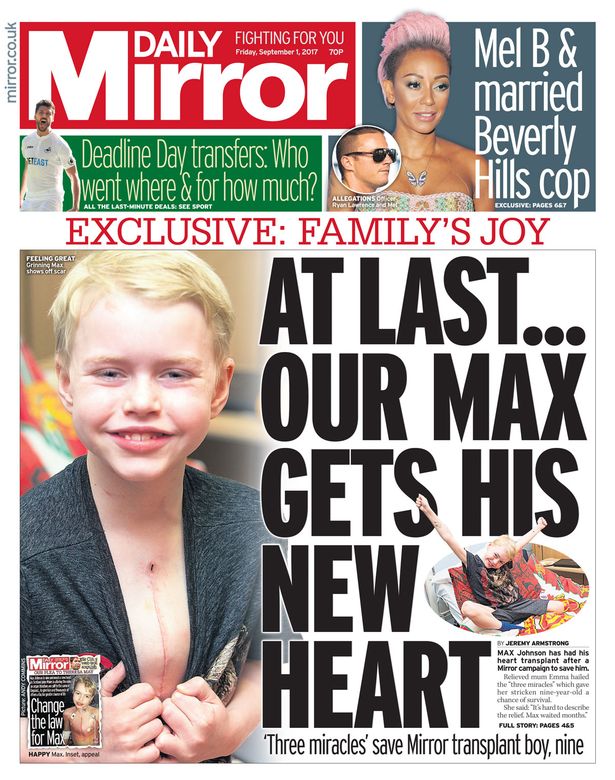 Max, 10, received a heart transplant last year after being diagnosed with a disease that affects the heart muscle. He was on the transplant waiting list for eight months.

He became a key voice in raising awareness of the need for more families to consent to organ donation – he was the face of the Daily Mirror’s campaign for a presumed consent system and his case was discussed in Parliament. He also received a ‘Child of Courage’ award. 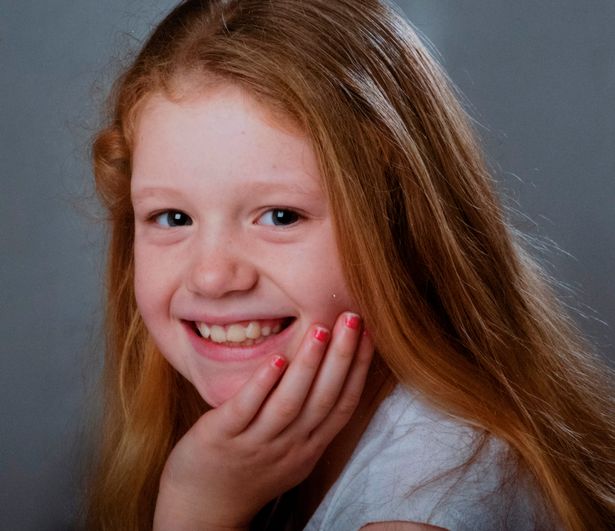 Max’s donated heart came from nine-year-old Keira Ball, who tragically lost her life in a car crash. Her family bravely and generously agreed to support saving lives through organ donation.

A video of a meeting between Max and Keira's family is available on the Organ Donation Facebook page.

Dale Gardiner, Clinical Lead for Organ Donation at NHS Blood and Transplant, said: “We had a 58% increase in online registrations to the NHS Organ Donor Register on the day the Mirror’s Pride of Britain Awards were broadcast.

“The uplifting stories of transplant patients Ella Chadwick and Max Johnson clearly touched hearts across the nation and inspired thousands of people to support the lifesaving power of organ donation.

“Ella and Max are incredibly grateful to the donors who saved and improved their lives, and we urge families everywhere to talk and tell each other that you want to save lives through organ donation.”