More than 3,000 people registered their organ donation decision after a BBC news report. 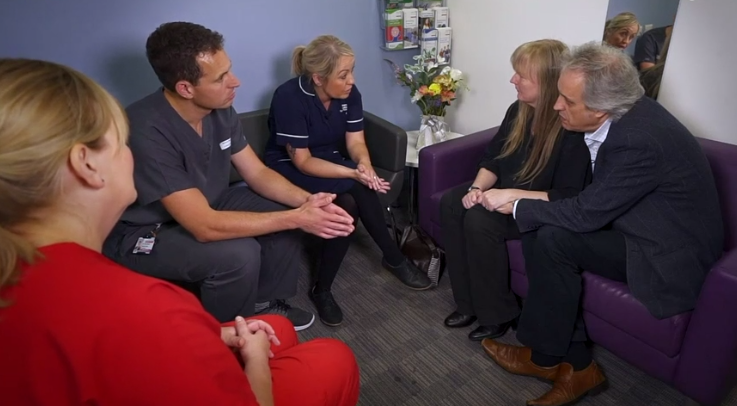 The exercise was based on simulation days that are run in only a couple of locations across the country and involve the recreation of a medical scenario where a patient is identified as a potential organ donor.

During the training, family members are played by actors and clinical staff follow the exact procedures they would do in a real life hospital environment.

The BBC team were allowed access to the simulation, in order to put together a report for the BBC 6 o’clock news, which aimed to give viewers a greater insight into the organ donation process and also demonstrated the sensitivity with which the clinical teams and specialist nurses, treat the grieving families who find themselves in this situation.

The report, presented by Health Correspondent, Fergus Walsh, also highlighted the upcoming law change, and explained how even after the law changes, families will still be approached before donation goes ahead. Clinical Lead for Organ Donation, Chris Booth, and Specialist Nurse for Organ Donation, Raynie Thomson, were both interviewed for the piece.

The report, which aired on Monday 21st October, saw a significant increase in visits to our website and prompted 3,339 people to register as organ donors in the evening after the programme.