The new fatwa states that deceased organ donation is permissible in principle, providing all requirements have been met to indicate that the soul has left the body.

A leading UK-based Muslim scholar has published a new fatwa, or religious edict, around organ donation to bring some clarity on a variety of widely held concerns around the Islamic position on whether Muslims can donate their organs after death.

Mufti Mohammed Zubair Butt (pictured), a leading Sunni scholar has reviewed the current guidance on organ donation within the Muslim community, engaging with other UK based scholars, Imams and Muslim organisations to introduce a fatwa from a Sunni perspective and address a number of concerns that the Muslim community may have around organ donation.

This is not the first fatwa to be published in the UK on organ donation - preceding ones were released in 1995 and 2000.

This new fatwa draws upon the four established Sunni schools of Islamic jurisprudence and looks to complement the existing knowledge and serve as a discussion document for Imams, Muslim chaplains and scholars.

The new fatwa is the culmination of several years’ work supported by NHS Blood and Transplant and comes at a crucial time.

Following the successful experience in Wales, where consent rates for organ donation have significantly increased after introducing ‘opt out’ in 2015, Scotland, Isle of Man and Guernsey also plan to introduce new legislation while Jersey will implement a new consent system on 1 July 2019.

From spring 2020, the consent system in England will move to ‘opt out’. Just like the current system, people will still be able to decide whether or not they want to donate their organs when they die, and families will always be approached about whether their relative would have wanted to be an organ donor and belief and cultural considerations will be discussed with families.

All adults in England** will be considered as having agreed to donate their own organs unless they record a decision not to donate or are in one of the excluded groups***.

Mufti Mohammed Zubair Butt said: “I sincerely hope that this fatwa will bring some clarity on a variety of widely held concerns around the permissibility of organ donation and transplantation and will serve as a catalyst for Imams, Muslim chaplains and scholars to discuss the issue amongst themselves and with their congregations and audiences.”

Only 31% of Muslims surveyed recently said that they support organ donation, with just 14% of those strongly supporting – while 37% oppose donation, with 25% of them strongly opposing*.

NHS Blood and Transplant hopes that the new fatwa will lead to more Muslims in the UK accepting that organ donation can go ahead in line with their faith and that more will agree to sign up to become organ donors.

Amjid Ali (pictured), a Muslim transplant recipient with a history of kidney disease, has been working with NHS Blood and Transplant as the lead on the Transplantation in Islam project and secured Mufti Mohammed Zubair Butt’s commitment to producing the updated fatwa. 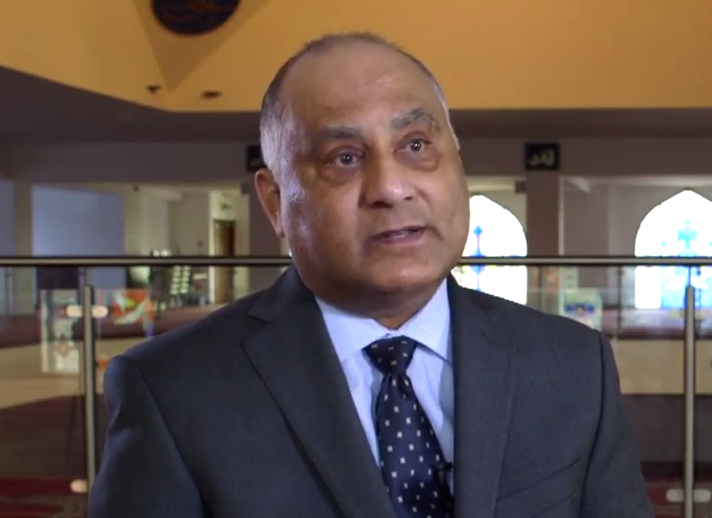 Amjid said: “Religious and cultural factors continue to play a significant role in deterring members of our diverse Muslim communities living in the UK from exploring the humanitarian and social benefits of organ donation.

“I wanted to understand why people from my own community weren’t donating, and crucially work with trusted Muslim faith leaders to reach a consensus opinion. I had heard far too often Muslims say they can’t donate because it’s not in line with their Muslim beliefs.

“In my mind, to have any chance of changing attitudes and action around organ donation among British Muslims, guidance needed to come from respected and suitably experienced Independent Islamic scholars, and most crucially for the majority of Muslims in the UK, Islamic scholars with an expertise in Islam and medical ethics.”

Three people die on average every day in need of an organ transplant because of the shortage of suitable organs. The best match will usually come from someone with the same ethnic background and there is a particular shortage of organ donors from black, Asian and minority ethnic communities.

For more information on organ donation and to record your decision, visit: www.organdonation.nhs.uk

There is a lot of information on the the site about the organ donation process, the viewpoints of different faith and belief systems and about the change in the law to help people decide whether or not they want to donate.

Many Muslims do not believe that organ donation is permissible within their faith. 44% of those who either oppose donation, have not made a decision or would consider donating, said they felt the statement ‘I think organ donation is against my religion or culture’ applied to them when considering whether or not to donate.

Every day, across the UK, three people who could have benefited from a transplant die because there aren’t enough donors, while around 6000 are still waiting – over 1000 of those are from Asian backgrounds.

** The new ‘opt out’ legislation planned for England has been given Royal Assent and will come into force in spring 2020. Wales already operates an opt out system for organ donation. Jersey’s new law was enacted last year and their system for consent will change this summer. Scotland, the Isle of Man and Guernsey are all working to change their legislation

*** Those excluded will be people under 18, people who lack the capacity to understand the change and people who have lived in England for less than 12 months before their death or who are not living here voluntarily

For additional information please contact the NHS Blood and Transplant press office on 01923 367 600 or email pressoffice@nhsbt.nhs.uk

There are three fatawa about organ donation in the UK

Find out more about Islamic perspectives on organ donation

All the major religions and belief systems in the UK support the principles of organ donation and transplantation.