NHS Blood and Transplant has warned of a worrying decline in living kidney donation as new figures hit an eight year low. 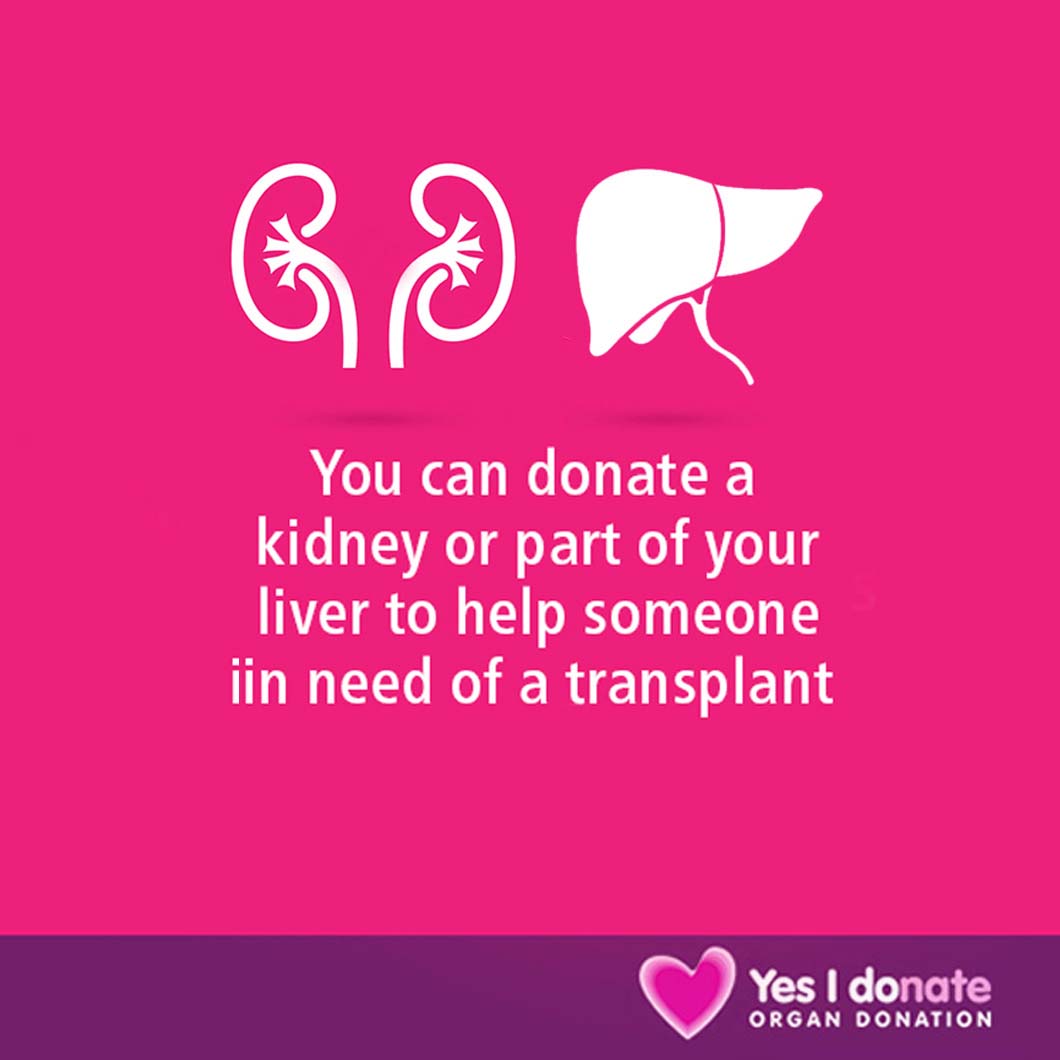 The figures have been released for World Kidney Day (March 8) with an appeal for more people to consider making a life-transforming donation while they are still alive.

The decline is worrying because living kidney donation has always been a success story in the UK, accounting for more than 40% of all donors and a third of all kidney transplants for people waiting.

For suitable patients, transplantation is normally the best treatment for end stage kidney disease compared with dialysis. A transplant from a living kidney donor is the best chance of a successful transplant.

Most living donations are between family and friends. People can also choose to donate altruistically, when their kidney is matched anonymously to a suitable person on the waiting list.

Lisa Burnapp, NHS Blood and Transplant Lead Nurse for Kidney Donation, said: “Last year, 261 people died waiting for a kidney transplant, and many of those lives could have been saved through increased living kidney donation.

“Living donation has been a major success story for the UK, with 1 in 3 patients receiving a kidney transplant from a living donor, so this decline is worrying.

“We are investigating the causes and working closely with the clinical community, NHS England and Health Departments in all four UK countries to reverse the trend.

The decline in living kidney donation is especially concerning for the black and Asian patient communities. Organs are matched by blood group and tissue type and people from the same ethnic background are more likely to be a match.

In the UK living kidney transplants have been performed since 1960. There are currently 6,298 people on the transplant waiting list, including 4,960 people waiting for a kidney. (2)

The proposed ‘opt out’ systems being considered for different UK countries, and the one already in place Wales, do not affect living donation. 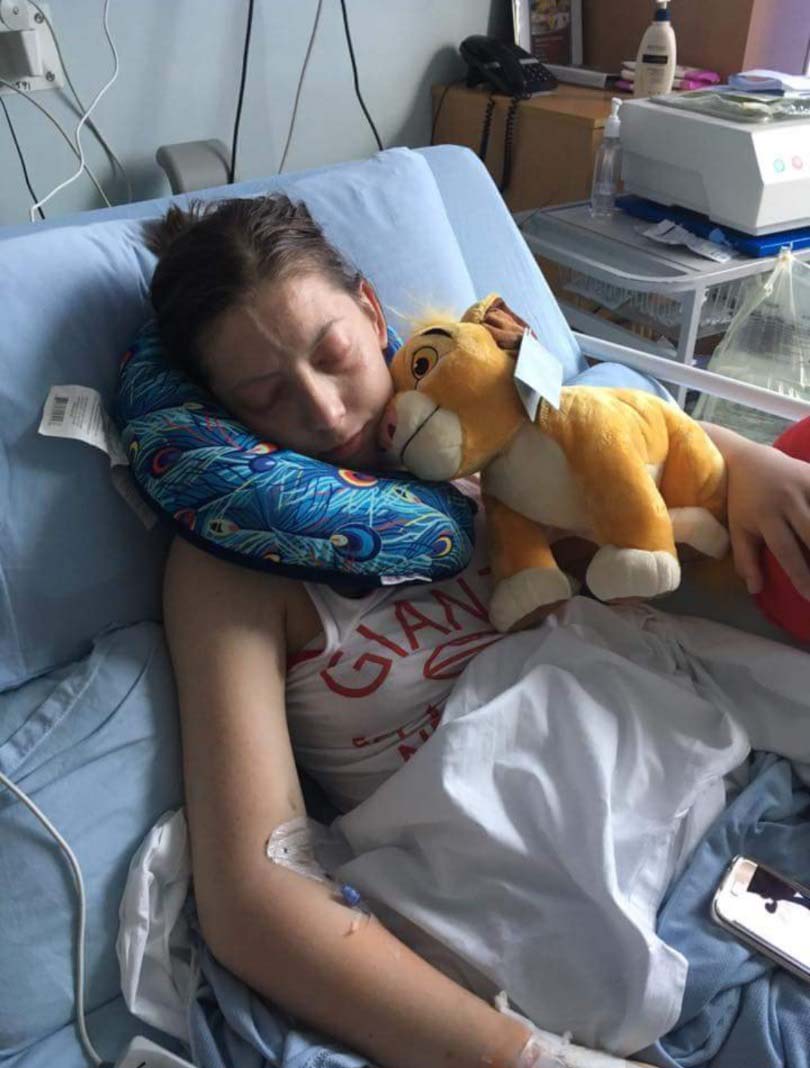 Jade Carr, 24, from Widnes, received a kidney transplant from an anonymous altruistic donor in summer 2017, after four years on and off the waiting list. Right: Jade Carr in hospital before her transplant.

Jade, who’d also had a heart transplant as a child for dilated cardiomyopathy, was largely housebound and bedbound by the time the call came through.

“At times there never seemed to be a light at the end of the tunnel and the waiting was going on forever,” said Jade. 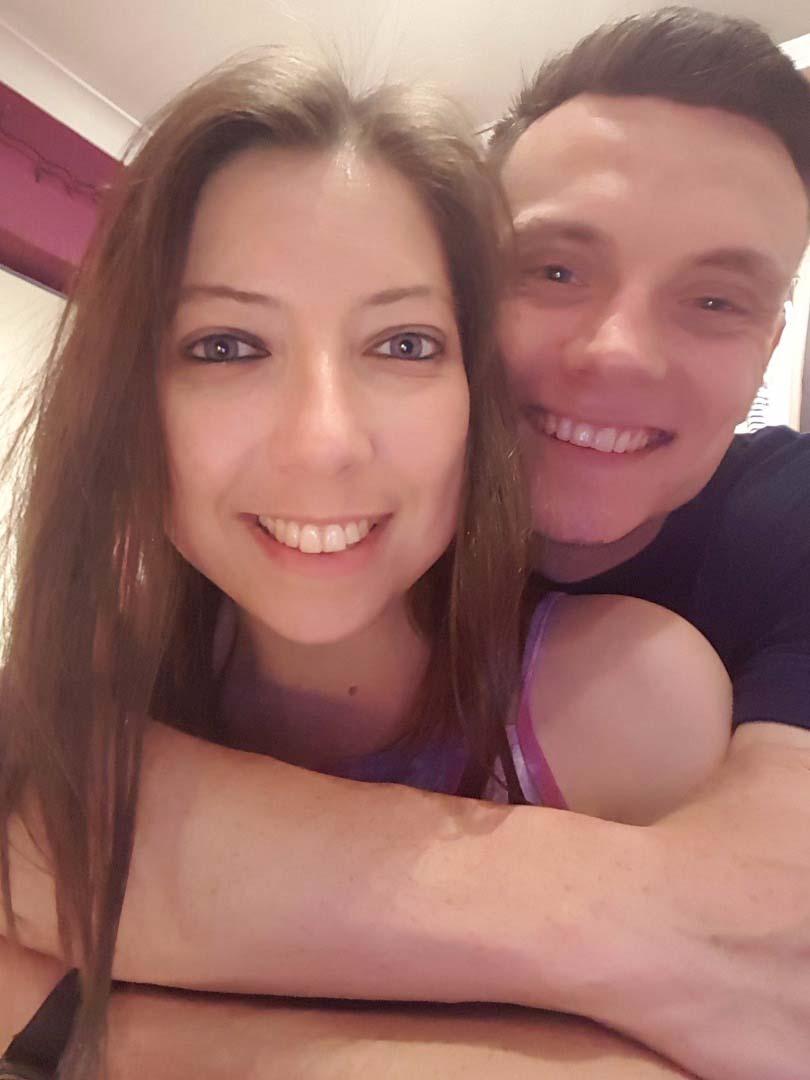 “A lot of people don’t get their transplant and too many people die every day while waiting. There was always that thought that I might not get one.

“I have been given my whole life back. I now have a future to look forward to with my boyfriend and family that I have desperately longed for." Left: Jade Carr post-transplant with boyfriend Aaron.

“For someone to be an organ donor is incredible but to donate an organ while you are still alive is the ultimate sacrifice and the most inspirational act anyone can do.

"There are not enough words to express how grateful I am to my donor."

Diana Reynolds, 64, from Wells Next To The Sea in Norfolk donated a kidney last year at the age of 63, after seeing a news report about a donor in his 70s. 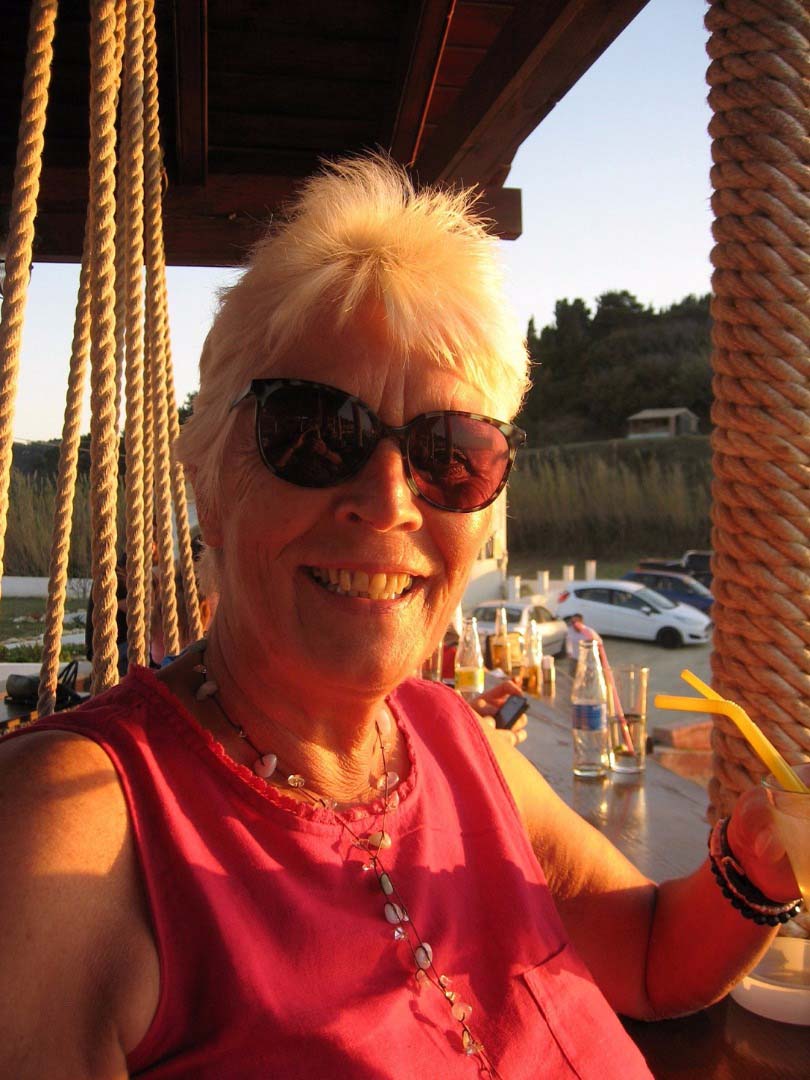 "I just thought if my body is still working all right maybe I can do the same," said Diana, a former cook and restaurateur who now works as a live in carer for the elderly.

“They make you do all these tests like running with a heart monitor. The lady said 'basically you have got a Rolls Royce body'. I said 'with my chubby bits and saggy bits it must be an antique model'."

Diana’s donation enabled two more to take place. "I just thought it was wonderful that I could start a chain of transplants," said Diana, a mum of three and a grandparent to 11.

"I would shout from the rooftops what a good thing it was to do.” 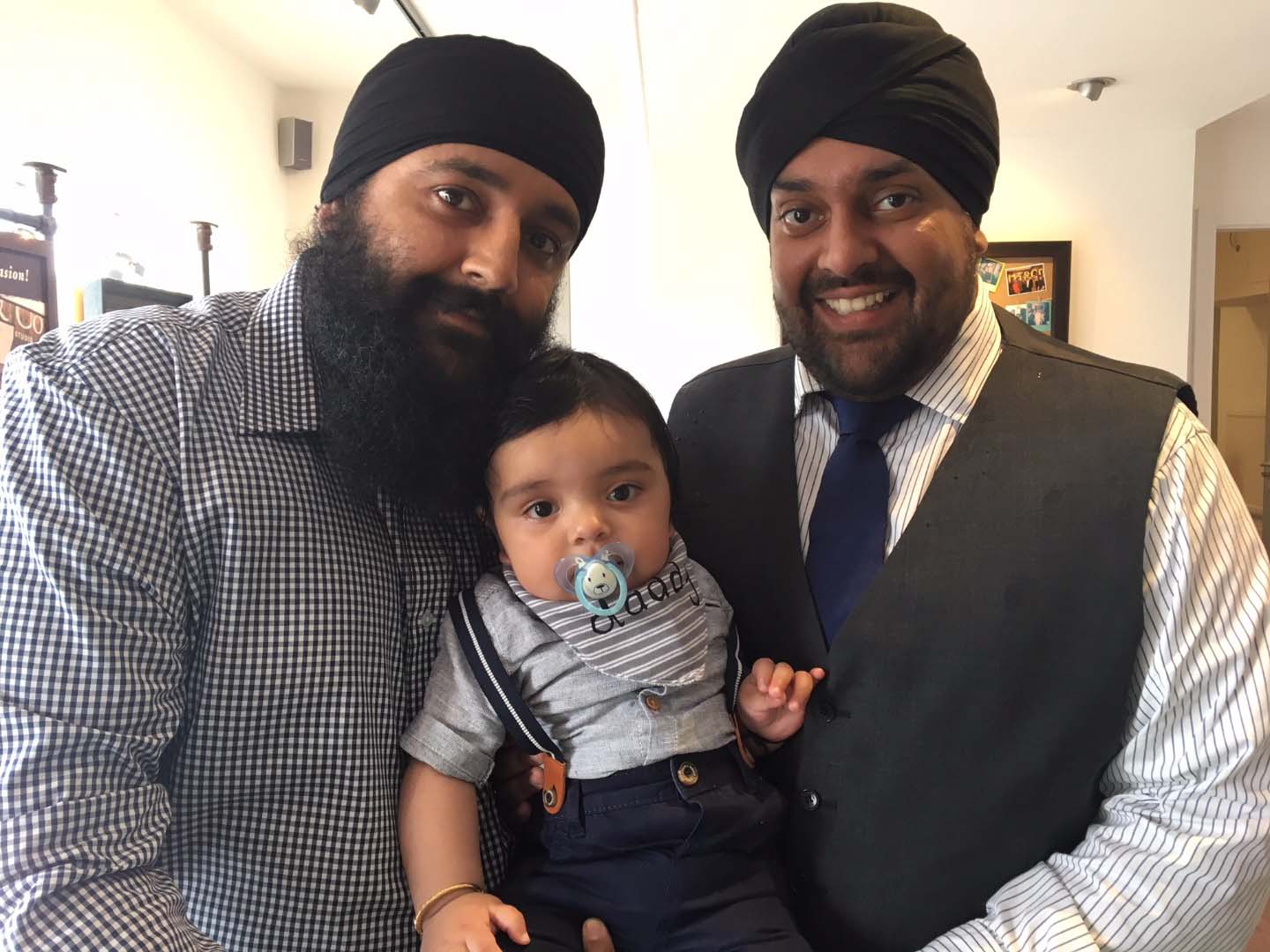 Manpreet, who is listed for transplant at St James University Hospital in Leeds, said: “If I walk 200 metres I get tired. You don’t have any fresh blood going around your body, all the toxins are constantly building up in your blood. You have to change your lifestyle – it’s adapt or die.”

Manpreet, who is a Sikh, was previously not aware of the urgent need for more donors from an Asian background. He said: “I feel like people often only think about these things when it affects your own family and culturally. I think there needs to be more awareness about how badly more donors are needed.” 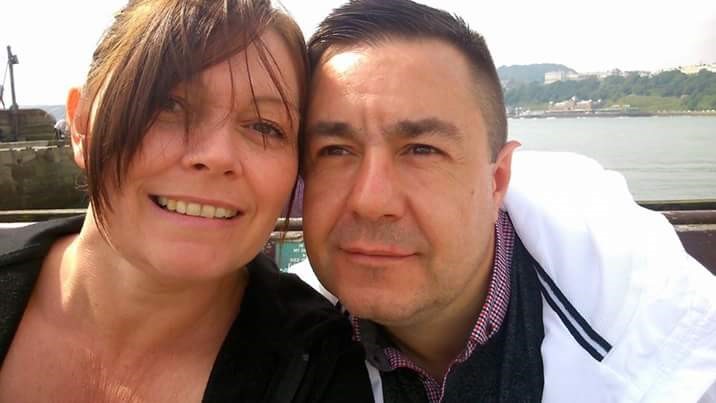 Tracey Cossavella, 49, from Cleveland, received a kidney transplant from a living donor in July 2017, for IgA nephropathy, after her partner David Griffiths, 47, donated a kidney on her behalf into the paired and pooled kidney scheme.

Tracey said: “David was devastated when he found out he was not a direct match and at first he didn’t want to know about the paired scheme because he wanted to be my donor.

“After a couple of days once he settled he read all the information and agreed that this would be a wonderful idea. The scheme felt exciting and a way to help others as well it is totally genius.

“Our coordinator let us know the next day that everyone else was doing fine which was a huge relief.

“We have always been close but it has definitely made us closer, nobody can prove how much they love you any more than giving you the gift of life.”