A campaign which sets out to raise awareness of the upcoming change in law around organ donation in England was launched at a packed meeting of Hindus and Jains in Parliament on 10 July 2019.

The meeting was chaired by Lord Jitesh Gadhia and the chief guest was the Rt Hon Matt Hancock, Secretary of State for Health and Social Care.

Hindus and Jains are generally positive about organ donation but there is a huge need to explain organ donation to members of both communities in the context of the change in law, which will come into force in England from spring 2020.

“The forthcoming change in the law has provided a new impetus to understand how Organ Donation impacts the British Indian community and how we can best respond and get ready.  It is particularly important to understand the facts and not be taken-in by fake news.

“I do appreciate that what happens at the time of death is always a sensitive topic in all cultures.  There is natural human instinct to mentally block-out this subject.  But I sincerely believe that we owe it to ourselves and our families to have these difficult conversations at an early stage.  It falls into the same category as writing a will.

“The legal change allows us to influence social acceptance and gain access to new resources such as the Government’s Community Investment Fund and the Faith Specific Donor Card.   It also allows us to push for appropriate investment in shortage areas for example the recruitment of more Specialist Nurses for Organ Donation, ensure that we collect the right data to inform policy and not forget about the vital role which living donation can also play.”

A national group called the Jain and Hindu Organ Donation (JHOD) steering group was established last year to lead on this work. JHOD has been working in partnership with NHS Blood and Transplant, the organisation responsible for organ donation across the UK, in developing videos and leaflets on the change in law from a Hindu and Jain perspective.

“I was delighted to join the Jain and Hindu Organ Donation event on Wednesday. This campaign is a brilliant example of the community-based work that is vital to raising awareness and understanding around organ donation. When the change in law comes into force next year, everyone must be provided with the right information and support to make the best possible choice for themselves.

"It was inspiring to see so many supporters from the Hindu and Jain communities come together for this new campaign, stimulating conversation on this important topic. My heartfelt thanks to everyone who has worked on this campaign.”

Mille Banerjee, Chair of the NHSBT Board, spoke at the meeting and said: 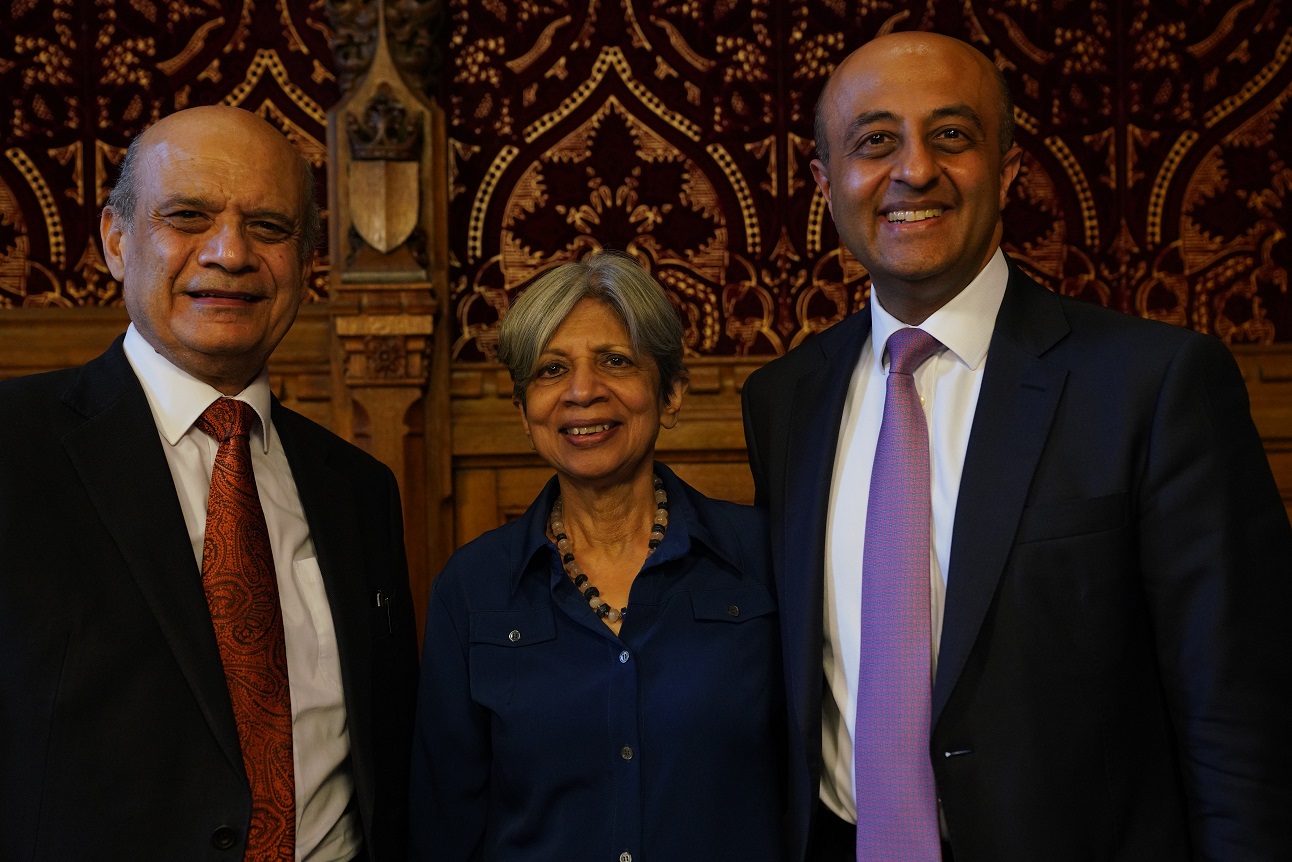 “It is wonderful to see so many Hindus and Jains coming together to show their support for the organ donation law change which will come into force next year. It is so important for people to keep talking about organ donation and sharing their decision with their families.

I would like to personally congratulate all of those working so hard to raise awareness of organ donation across the country and amongst different communities and religious groups. I very much hope that these fantastic efforts will see more people prepared to donate and ultimately more lives saved.”

JHOD will now encourage Hindus and Jains to start talking about organ donation in the lead up to the law coming into force next year.

“We have a unique opportunity over the next nine months to encourage members of the Hindu and Jain communities to make a decision about organ donation based on facts. Many Hindu and Jain communities are keen to get this information to their local community members. JHOD is ready to support such activities by offering practical support by using the extensive experience of members of its steering group. Hindus and Jains can make a significant contribution to organ donation and help save lives”.

There was great enthusiasm and support for organ donation expressed at the meeting and many community leaders present at the meeting responded positively to the “Call to Action” to meet this challenge.

“This is a very serious issue and I am happy that we now have an ongoing dialogue and the event on Wednesday evening is testament to the progress made. Religious leaders can greatly aid the cause by promoting the donation of organs to enable transplants to take place as a part of their sewa."