Alyson, received a kidney from a stranger

Alyson was diagnosed at 10 years old with Henoch-Schönlein purpura (HSP) a rare condition caused by a malfunctioning immune system which leads to the blood vessels becoming inflamed. 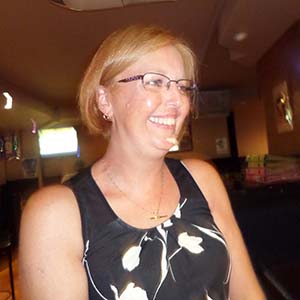 The condition is not usually serious but although she had several different and experimental treatments, Alyson eventually developed chronic kidney disease.

Alyson started dialysis in 1999 and had her first living kidney transplant from her dad in January 2001. Initially the operation went well but gradually Alyson's kidney function declined once more to 9% and she was once again put on the waiting list in August 2014. She was left feeling tired, lost her appetite and had a metallic taste in her mouth.

Although Alyson's mum, Joyce, was tested and wanted to donate to her daughter, they were not found to be a close enough match. However, they received some good news when they were told that they were eligible to join the paired pooled scheme.

This meant that while Alyson received a kidney from a stranger, in return her mum donated her kidney to a second anonymous recipient.

Since the surgery, Alyson and her mum are both recovering well. Joyce left hospital two days after the keyhole surgery to remove her kidney and was surprised both by the speed of her recovery and the size of her scar.

Alyson was advised to rest and keep away from public areass for three months to minimise the risk of infection but feels full of energy and is hoping to soon be able to return to her job - and regular customers - as a Post Office counter clerk.